Cuban dance culture has had a great impact on popular dance in the Caribbean and around the world. While Cuban dance styles such as salsa, mambo, and cha-cha-cha have become popular in many countries, they have merged with other dance styles to create new genres.
Cuban dancers have also contributed to the popularity of these styles, as they distinguish themselves by teaching and performing all over the world. Cuban dance culture is also applauded on each stage through the popularity of styles such as salsa resulting from the mixture of dance genres originating on the Island.
You are curious to know what is behind this story, because that is what this post is about, today we are talking about the culture of Cuban dance.

The evolution of Cuban dance culture

The evolution of Cuban dance culture has been an ongoing process that has spanned several centuries. Some of the most important milestones are:

•The beginning of the 19th century: Cuban dance originated from the fusion of different African, Spanish and Caribbean dance styles, known as the “Danzón”

•1920s: “Son” became one of the most popular dance styles in Cuba, and began to gain popularity in other Latin American countries.

•1950s: “Mambo” and “Cha-cha-cha” became popular dance styles in Cuba and around the world, and began to merge with other dance styles to create new genres.

•1960s: “Salsa” became the most popular Cuban dance style in the world, and began to influence Latin music.

•1970s: Cuban dancers began teaching and performing all over the world, contributing to the popularity of Cuban dance styles throughout the world.

•1980s: Cuban dance styles such as salsa and rueda casino became internationally popular genres, and continue to merge with other styles and variants of dance genres.

The impact of Cuban music and dance on Latino culture

Cuban dance has always been an important source of inspiration for dancers and choreographers, so much so that it has come to merge with other dance styles to create new genres. Salsa, a Cuban style of music and dance, is already a popular genre par excellence throughout Latin America and in Latino communities around the world.
It is worth noting that in Latin culture, specifically the Cuban clave, so to speak, has set a precedent, giving rise to popular genres such as Merengue and Cumbia. And it is that Cuban music and dance have definitely left traces of great impact.

Salsa and its influence on culture in dance culture internationally

Salsa has had a great international influence in various aspects, as it has been an important factor in promoting Latin and Cuban culture throughout the world, and has contributed to the spread of Latin music and dance in general.
It has also had a significant economic impact in some countries, especially the United States, where it has been an important factor in the development of the music and entertainment industry. And it has served as a cultural connection between different communities, including European ones, to contribute to the integration and acceptance of cultural diversity throughout the world. 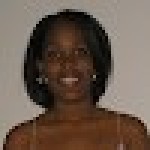 Trying to do a choreography is not an easy thing, it demands time, to create the movements that represent the feeling to be reflected in each presentation. Determining the rhythm... 23 January, 2023
Cuban dance culture has had a great impact on popular dance in the Caribbean and around the world....

Advantages of learning to dance with a dance teacher